Peng Peng (below), a cloned sheep, is seen on a video display at the Beijing Genomics Institute in Shenzhen, southern China April 23, 2012. Chinese scientists have cloned a genetically modified sheep containing a “good” type of fat found naturally in nuts, seeds, fish and leafy greens that helps reduce the risk of heart attacks and cardiovascular disease. “Peng Peng”, which has a roundworm fat gene, weighed in at 5.74 kg when it was born on March 26 in a laboratory in China’s far western region of Xinjiang. Mmmm, delicious roundworm genes. 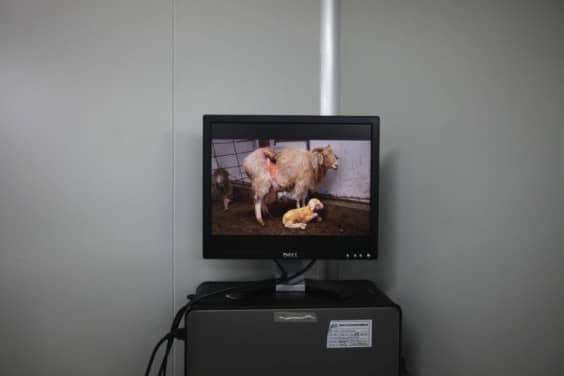 This entry was posted on Friday, April 27th, 2012 at 7:23 pm. You can follow any responses to this entry through the RSS 2.0 feed. You can leave a response, or trackback from your own site.