“This incredible photograph was taken by John Chaney as part of theÂ 2012 National Geographic Traveler photo contest. Chaney wrote that the female elephant in the image, which was taken in 2007, stood guard over the body of her friend for hours to pay her respects, chasing off birds and predators. She then wrapped her trunk around the other’s tusk in a heartbreaking goodbye.” 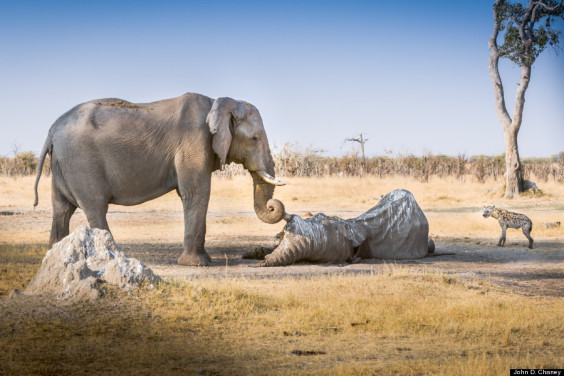 This entry was posted on Wednesday, October 2nd, 2013 at 6:29 pm. You can follow any responses to this entry through the RSS 2.0 feed. You can leave a response, or trackback from your own site.