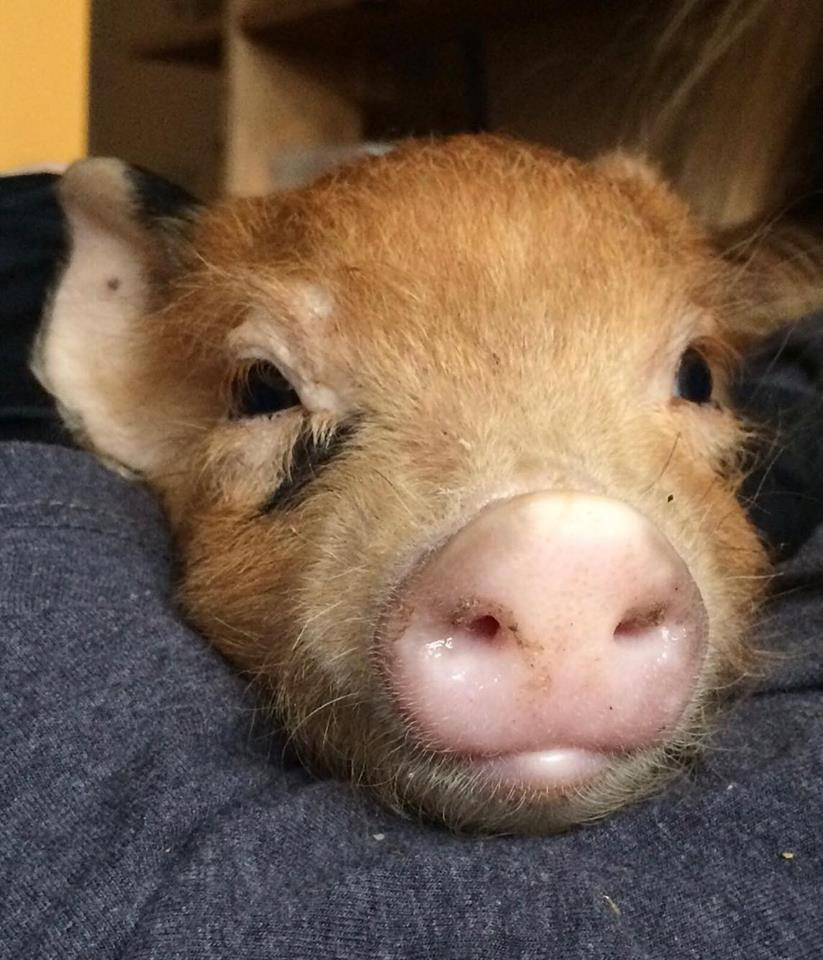 Albert should have stayed with his family for many more weeks, but everything changed when a group of five young men visited the farm. They wanted to buy pigs to roast on spits, according to Mike Stura, founder of Skylands Animal Sanctuary and Rescue, and they set their sights on Albert and his siblings, who were Kunekune pigs.

“As far as I understand, four of them bought piglets, and one did not,” Stura told The Dodo. “Albert was the runt, and the farmer asked the fifth kid if he wanted the runt because he was so tiny, and the kid said ‘Yes.’ But he took him home to his parents — he didn’t want to kill him.”

This entry was posted on Wednesday, January 25th, 2017 at 1:37 pm. You can follow any responses to this entry through the RSS 2.0 feed. You can leave a response, or trackback from your own site.